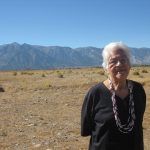 Washoe Meadows Community Member Lynda Shoshone is a Washoe Tribal elder and a former cultural resource technician and monitor. She served as Chair of the Inter-Tribal Council of California for a number of years

In her own words:

“It has been documented scientifically that the Wa-She-Shu have lived on our aboriginal lands for over 10,000 years (or forever in Washoe time). We gathered here, processed foods, and participated in the rhythms of the seasons.

Stories of our life in the park were passed down through generations. The abundance used to allow fish to be caught in the skirts of our elders and tossed to the children waiting on the river banks. Washoe tribe members existed without depleting the land, instead relying on native plants, and living in summer shelters of willows. Seeds and grains were processed without impact on the land with native stone grinding tools. Evidence of this is still there.

It is not legal or ethical to “claim” the resources of this wild place for one “recreational” purpose—golf—at the expense of other important values and purposes.

My vision for the park includes development of interpretive trails and signs about ancient and post-European settlement histories. I can foresee the Washoe language program helping visitors to look at the place and its history from a Washoe perspective. In sharing Washoe history, we can teach how it is possible to live lightly on the land.” 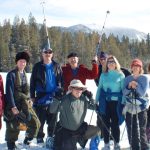 Bob and Grace Anderson co-founded Washoe Meadows Community in 2006. This work grew out of their concern about the biased proposal that would have significant, irreversible impacts on Washoe Meadows State Park and the Upper Truckee River. They went on to work with dozens of volunteers to conserve the area.

For a number of years, Bob served as a leader in several statewide and regional environmental organizations, including the Tahoe Area Sierra Club, Pacific Rivers Council, Montana Wilderness Association, and Greater Yellowstone Coalition. He oversaw several other successful conservation efforts in Wyoming and Montana, such as congressional designation of the Absaroka-Beartooth Wilderness.
In 2013 Bob Anderson was killed in a vehicle accident while traveling in Serengeti National Park in Tanzania, Africa.

We are more determined than ever to honor Bob and Grace’s vision and intention to protect Washoe Meadows State Park and any downgrades that would not protect park resources for present and future generations. 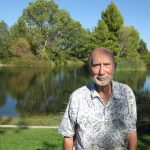 Dr. Charles Goldman is a Distinguished Professor of Limnology in the UC Davis Department of Science and Policy. He is an Emeritus distinguished  professor and has studied Tahoe as Director, Tahoe Research Group for over 50 years.

Since 1972 Dr. Charles Goldman has been advocating for what is now Washoe Meadows State Park and has extensive knowledge about the unique fens found there. As an expert  on environmental conditions at Lake Tahoe he has advised numerous leaders including President Bill Clinton and Vice President Al Gore on the importance of protecting the lake. 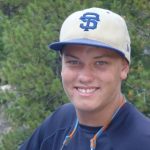 At age 13, Caleb wrote a letter to State Parks expressing his concerns about the proposed golf course development in Washoe Meadows State Park. Despite receiving praise from a Commissioner for his sincere letter, Caleb was disappointed when the Commission did not heed his request and instead approved the project.

Caleb is now 19 years old and believes more strongly than ever in protecting sensitive lands from inappropriate development. He is astounded that the government agencies that are supposed to represent the public interest would sacrifice this state park land. Caleb loves the outdoors and values the open space the Park provides.

We are aligned with a coalition of organizations that have had concerns with the currently proposed project including the following: